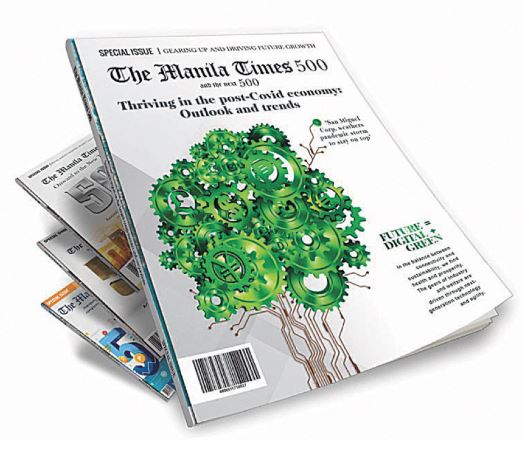 WEATHERING the pandemic storm, San Miguel Corp. (SMC) topped the 2021 edition of The Manila Times 500 and the Next 500, which rolls hot off the press.

With the theme "Thriving in the post-Covid economy: Outlook and trends," the annual magazine shows how SMC and Top Frontier Investment Holdings Inc. were the only two conglomerates that were able to hold on to the two primary positions while four corporations were displaced and four companies, surprisingly, performed well enough during the pandemic to rise up in rank within the top 10.

This historical publication documents in unflinching detail how — as Ben Kritz, the associate editor of the magazine, puts it — "the vast majority survived, and a few even thrived," based on ranking according to consolidated revenues for 2020.