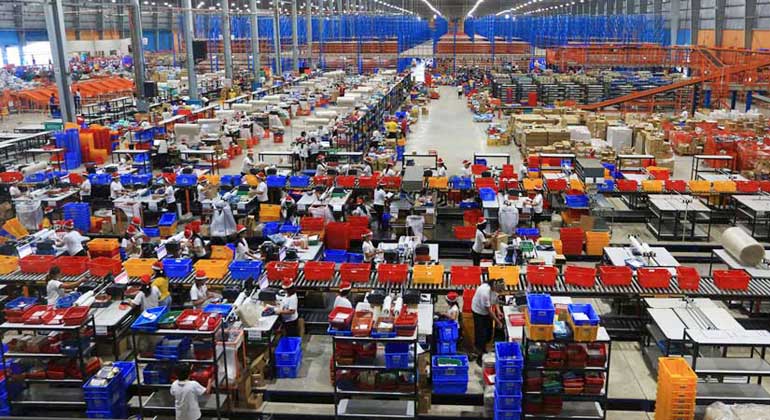 THE WAREHOUSE logistics industry is seen to grow by as much as 9% in the next three years, as the e-commerce boom shows no signs of slowing down.

“[T]he logistics industry is one of the luckiest sectors, because there is still growth in that segment, and that’s because of the growth in e-commerce,” LRG Chief Executive Officer Sheila Lobien told BusinessWorld last week.

“Everyone now is somehow forced to buy things online, and warehousing facilities are really needed. The logistics support has to complement the growth in e-commerce,” she added.

Citing an industry study, Ms. Lobien said the logistics sector is projected to grow 8% to 9% annually in the near term, and the rising demand for warehouses is likely to support this expectation.

“In other segments, we don’t see any growth this year. However in that particular segment, yes it’s that high level. Which is good news because it’s still moving, the market is moving,” she said.

Any expected growth will need support from the government, particularly through the continuous rollout of infrastructure projects to improve the country’s road network.

Ms. Lobien said land values in Metro Manila have been doubling in the past five years, which pushed developers to look for warehousing sites outside the capital.

The challenge in this setup, however, is the accessibility of warehouse facilities to both retailers and consumers. Ms. Lobien said the sustained development of road infrastructure in the next five years would be crucial in the growth of the sector.

“The Build, Build, Build project has to be supported, because it will go hand in hand (with the growth of the logistics industry). The country will be more attractive if we have good networks, roads. That’s the challenge,” Ms. Lobien said.

A 2017 survey by the Department of Trade and Industry showed the Philippines had higher logistics costs compared with regional peers Indonesia, Vietnam and Thailand. Logistics costs stood at 27.16% as a percentage of sales.

The government aims to improve this by eliminating red tape and working with the private sector, among other initiatives.